was an exceptional winter for sports enthusiasts in Ratiboř. Temperatures dropped well below freezing and we boys, who have been regularly meeting at the local playground and playing hockey since childhood, were again drawn to the local pond in Červeny. We spent most of our winter days there in the 90s, chasing the puck furiously and trying to emulate the Vsetín hockey players in their glory days. We all remembered those days spent playing hockey together, and so we met and played again after many years. First, however, we had to clear a part of the snow-covered pond to create a large enough field. Fortunately, each of us brought a shovel and added our hand to the work. Thanks to this, we were soon finished. All that was left was to swing the hockey sticks in two directions and make goals out of the biggest boots. The puck drops between the sticks and we fight again like 20 years ago.

Stanislav Strbačka, a native of Ratiboř, had a great idea and rented us an ice rink at the Na Lapači ice rink. There we met again after a year and played as we did then on the pond, without equipment. The event was a great success, everyone had a great time. Thanks to that we started to play regularly and sometimes even several times a week.

At this time the Na Lapači stadium was extremely busy and we were forced to move to nearby Wallachian Mezirici. There we played every Sunday, always in the morning at 6.00 am. After the end of the season and after the ice melted at the Wallachian stations, we played three more friendly matches in Kroměříž with an amateur club from Zlín. This was the first time we measured our strength with someone other than a neighbour or a childhood friend. It was a harsh return to reality and we all knew there was room for improvement. The end of the 2017/2018 season took place in Kateřinice in the local pub Na Hřišti. During the endless discussions about sporting performances, there was also talk about the uniform jerseys we wanted to present ourselves in next year.

The summer preparation started in June 2018

with two international matches in Trencin, Slovakia, with local hockey enthusiasts. We won both matches. August was marked by big changes. We agreed to cooperate with Vsetín Sports a.s. and signed a contract for a year-long lease of the ice rink. The contract provided us with the reservation of the ice, always on Sundays, from September 2018 to April 2019. During this period, we had several training sessions under the guidance of Tomáš Žabčík, a former VHK Vsetín player, who improved our skills. The end of the 2018/2019 season took place in the pub U Pilččíka, where it was clearly voted to sign up for the AHL (Amateur Hockey League) in Wallachian Meziříčí. For this occasion, a second set of jerseys with the codename AHL was produced. 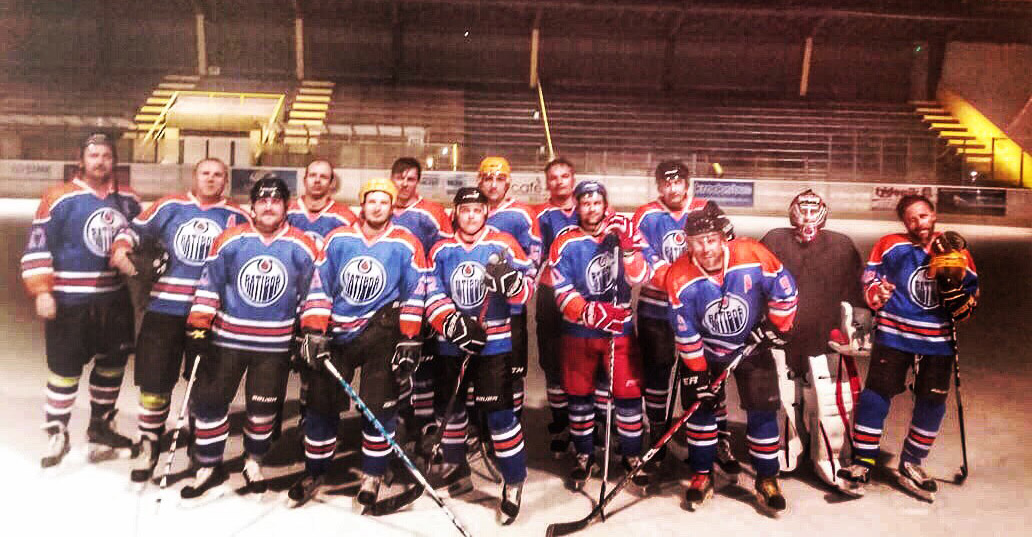 The new club colors were then christened with another winning game in Trencin, which was part of the summer preparation for the 2019/2020 season. At that time we were on the ice twice a week and we also trained off the ice. We also prepared the registration of the association and since September 2019 we are officially run as HC Ratiboř z.s. Now we are looking forward to our first league game on September 7, 2019.