History of the village

lies approximately 7 km west of the town of Vsetín in the valley of the Ratibořka stream on the eastern edge of the Hostýn Hills. The altitude of the village is 343 m above sea level, the highest peak is Drastihlava with a height of 695 m. Ratiboř covers an area of 18.75 km2 and has 1833 inhabitants (as of 1 January 2015). 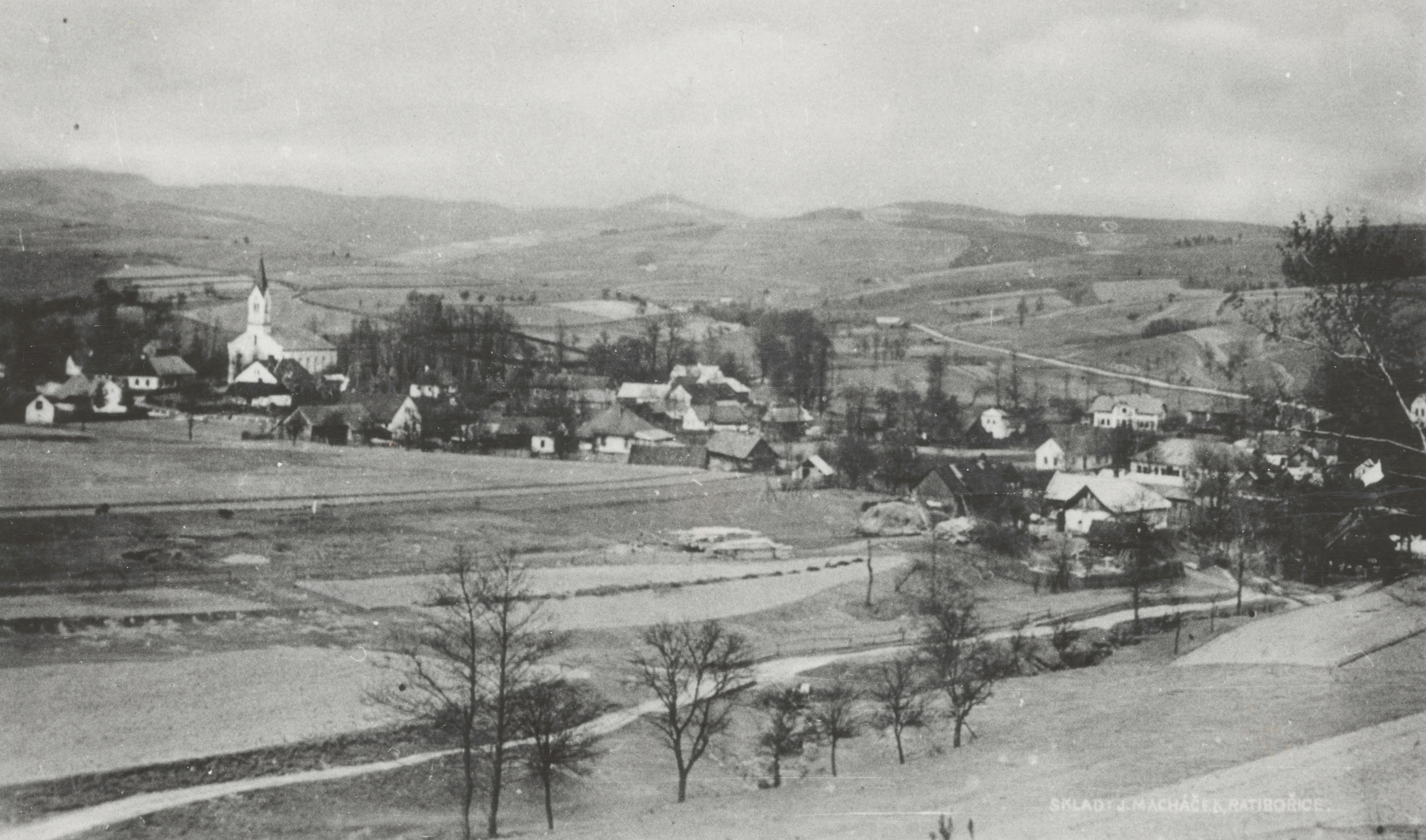 The first written mention of Ratiboř can be found in a document of Václav III from 1306, which announces the establishment of a Cistercian monastery at the confluence of the Bečva and Ratibořka rivers. In the Middle Ages, the village was part of the Vsetín manor and, as elsewhere in Wallachia, a pastoral way of life developed here. In addition to herding, the inhabitants lived by farming, and later also by small crafts, or daily work, and labour was obligatory. 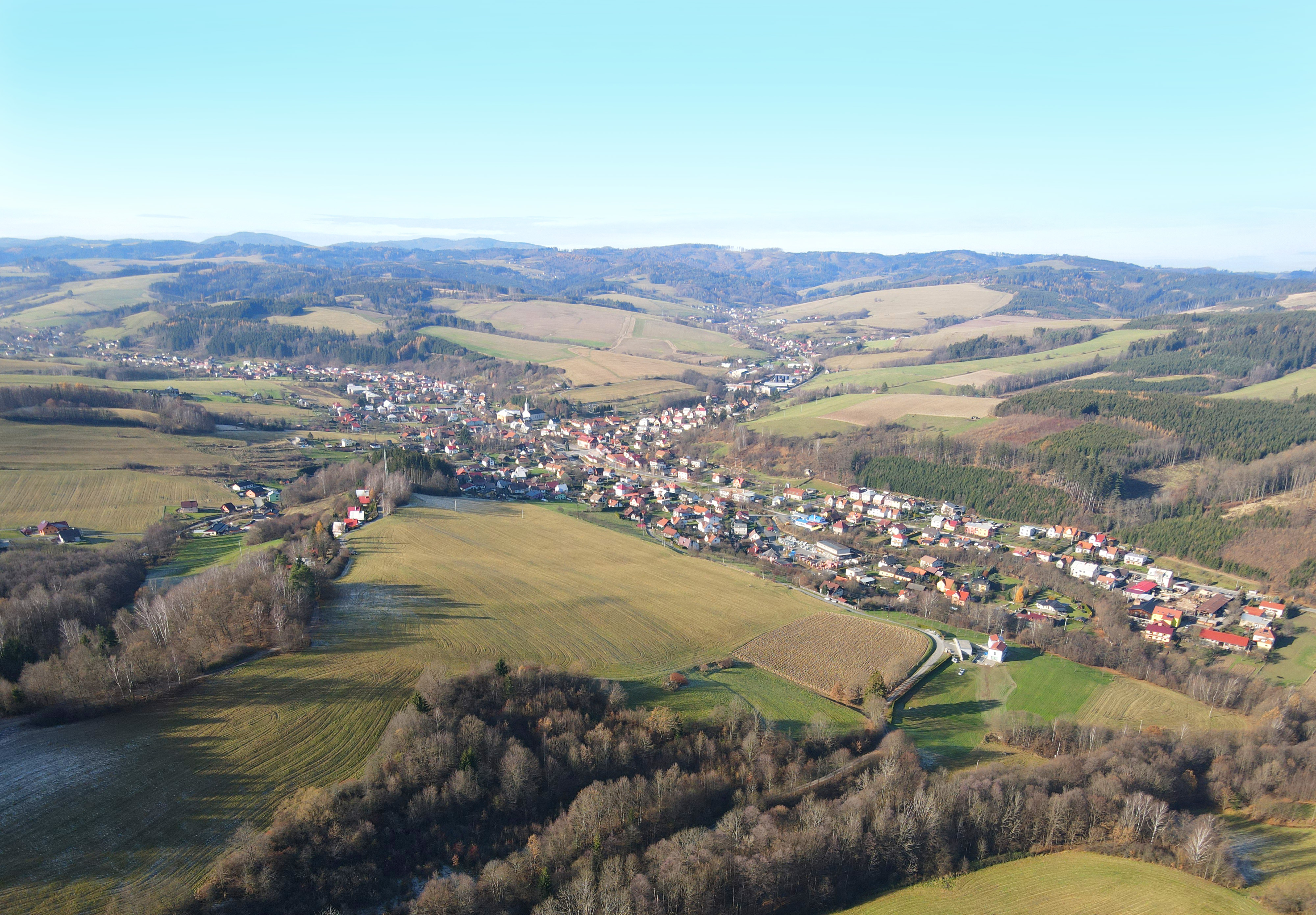 Respect for traditions, development of village community and modern technology

are the basic features of this Wallachian village situated in the valley of the Ratibořka stream, surrounded by the slopes of the Hostýnské hills, where the inhabitants sheltered the resistance fighters in their farmsteads during the Second World War. The small Military Museum of Ludvík Hynek, in his family home, is a reminder of these events. A number of associations are involved in the cultural and sporting activities in the village, including the Kosiska men's and children's ensemble and the unique group Zvonky Dobré zprávy (Bells of Good News), which operates within the active Evangelical Church of Czech Brethren. Traditional crafts are not forgotten either, which are presented on various occasions in the historic farmhouse purchased by the municipality for this purpose.

The centre of the village is dominated by the Evangelical church, which underwent extensive reconstruction in 2015. The area around the church forms the historic core of Ratiboř. There is a primary school, a parish garden and a local cemetery. In 2018, on the occasion of the 100th anniversary of Czechoslovakia, a Freedom Park was established in part of the parish garden. A bust of Thomas G. Masaryk and the Liberty Linden was planted.

The village has undergone a significant transformation in recent years. This is especially visible in the village square, which under the leadership of academician and architect. Arch. Libor Sost'ák is undergoing a gradual revitalisation. The management of the village has long placed great emphasis on education and upbringing of children and youth. For these purposes, the kindergarten and primary school buildings, school gardens and playgrounds have been extended and completely renovated.

Ratibor is renowned for its social life and the involvement of its citizens in cultural and social life. During the year, many social events are organised, such as the Ratiboř Feast Fair, the Gulášový króál (Goulash King) and the Municipal Ball. In order to further support the development of social and social activities, this year a new Multifunctional Community Centre Ratiboř will be built, which will offer facilities for municipal associations, the possibility of organising social and cultural events and will also house a day care centre for the elderly and premises for field service and personal assistance.

At a time when social activities are severely limited, enthusiasts and volunteers came up with the idea of building a circuit with benches around the village called "Benches or around Ratiboř for the Wallachian song". This created new destinations for fans of hiking and walks in the fresh air. The benches are systematically arranged around the whole village and offer a view of Ratiboř often from places we would never visit.

Awarded in the Village of the Year competition

For its systematic strategic development and social life, Ratiboř was awarded a gold ribbon in the regional round and a silver place in the national round of the Village of the Year 2019 competition.

...in the charter of Václav III from this year, the first written mention of Ratiboř can be found.

...km is the distance to the nearest town Vsetín.