Choose the information you are interested in
Electronic mailroom Form - Fees 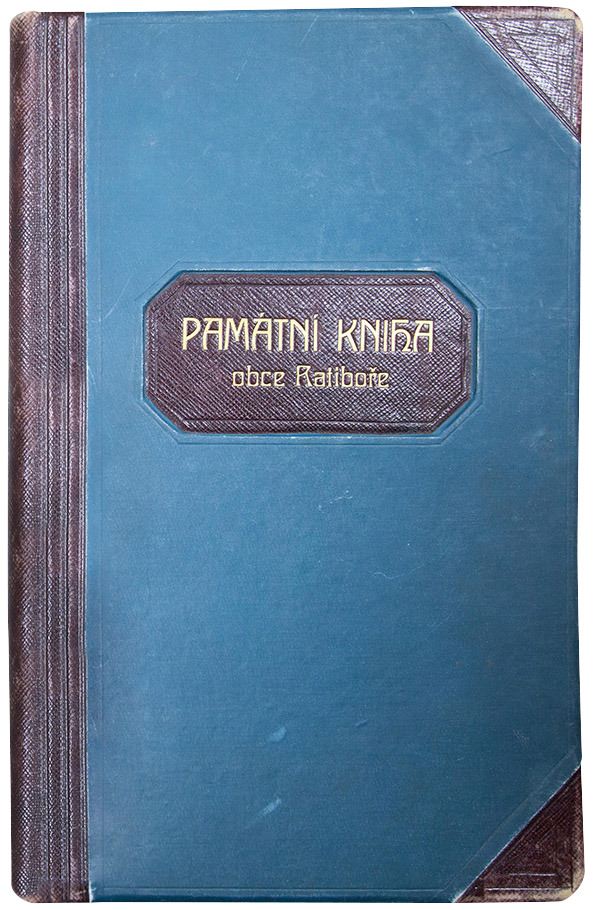 The obligation to keep a chronicle was imposed on municipalities by the state, the Czechoslovak Republic, in 1920. However, our municipal chronicle begins its history only on 18 August 1923, when the municipal council appointed František Sochor, the managing teacher in Ratiboř, as the chronicler of the municipality. The later date of its creation is not exceptional either in the district or in the country. Why it was so, we can only guess today. When I asked the archives in Vsetín about the reason for this delay, I learned that probably nobody checked the establishment of the chronicles at the beginning, or there was no penalty for not complying with this regulation. No wonder, the republic lasted only two years, and certainly many new regulations and laws more important to the functioning of the state and especially more controlled were being issued.

In November 1932 the chronicler František Sochor died and his successor was the managing teacher Josef Frydrych. Josef Frydrych completed the entries up to 1933 according to the surviving notes of his predecessor and the chronicle covers the period from 1923 to 1955. During the Second World War, the entries are written retrospectively, because the chronicles had to be handed in during the war and were not officially allowed to be continued. Today the chronicle is stored in the State District Archive in Vsetín, where it can be consulted by others. It is an interesting read and you may discover something you did not know, or one of your ancestors will be named there, so as the current chronicler I cordially invite you to look at it.

The chronicle is available for download here-Ratiboř Chronicle No. 1